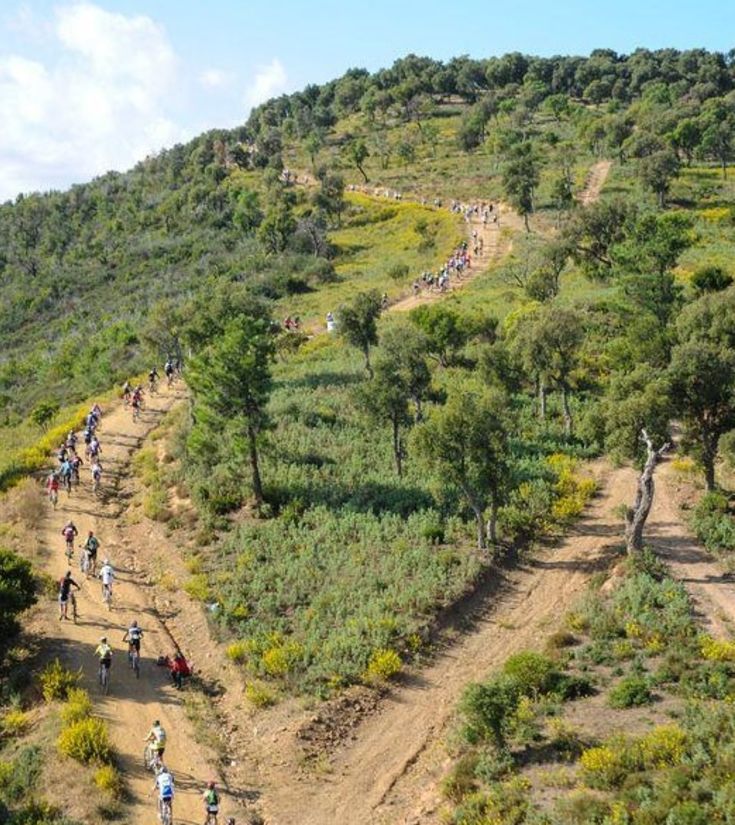 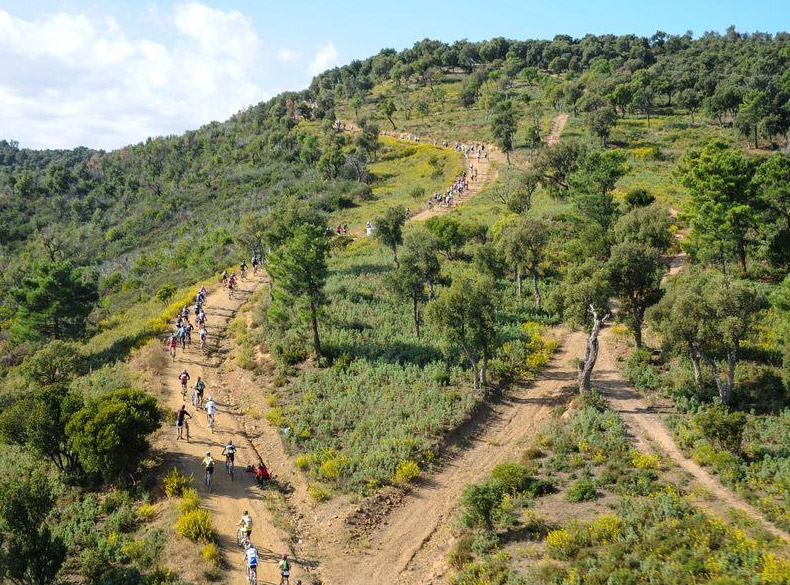 The Roc dAzur, a major event for mountainbikers, takes place every year at the beginning of October.

Whether you are a mountain bike enthusiast or you ride on a two wheel occasional, especially during holidays, this event is for you. Your stay at the Holiday Green campsite during the month of October will be an opportunity to attend or even participate in this major event in the field of cycling. Moreover, the Roc d'Azur is located just 15 km from this upscale outdoor hotel, less than 20 minutes away if you take the DN7. The first edition of the Roc d'Azur was held in 1984, while the ATV was known only by a handful of people. Seven brave cyclists decided to challenge themselves in mountain biking and Stéphane Hauvette, later head of the national mountain bike commission at the FFC, was in charge of the organization. The following year, the Roc d'Azur welcomed 30 participants and in 1986, the event passed to 120 competitors. Today, this largest mountain bike event in the world brings together nearly 20,000 participants of all levels, who will race for victory during the 5 days of the competition. In 1987, the first ever magazine dedicated to mountain bike was published, and the Roc d'Azur was accompanied by the first exhibition dedicated to the cycle. In 1988, the "mountain bike" was officially recognized by the French Cycling Federation, and since then mountain biking has been a great success. It is during the following year that its name of VTT or mountain bike becomes popular, and until today. From 1994, the event was organized by the FFC and ISL who bought it while the phenomenon VTT took more and more scale. The cross-country MTB made its first appearance - at the Olympic Games in Atlanta in 1996. For this year 2018, place at the 35th edition of the Roc d'Azur where more than 300 exhibitors have already registered. Professionals, such as amateurs, but also cross-breeders, endurists and even children can participate. The Roc d'Azur is for all MTB enthusiasts: the fans of the event and the last-minute curious. The races offered are very varied (cross-country, triathlon, electric bike, gravel ...). Participants will have to browse private properties and protected areas. The event will take place from Wednesday October 10th to Sunday October 14th. During these days, many animations will be ensured and the exhibitors, besides sales of equipment and accessories, will propose various services going from advice and tips to introductory courses. Children will also be honored during this edition. The refreshments and refreshments and first aid will of course be present on site during the 5 days of the show and competition.