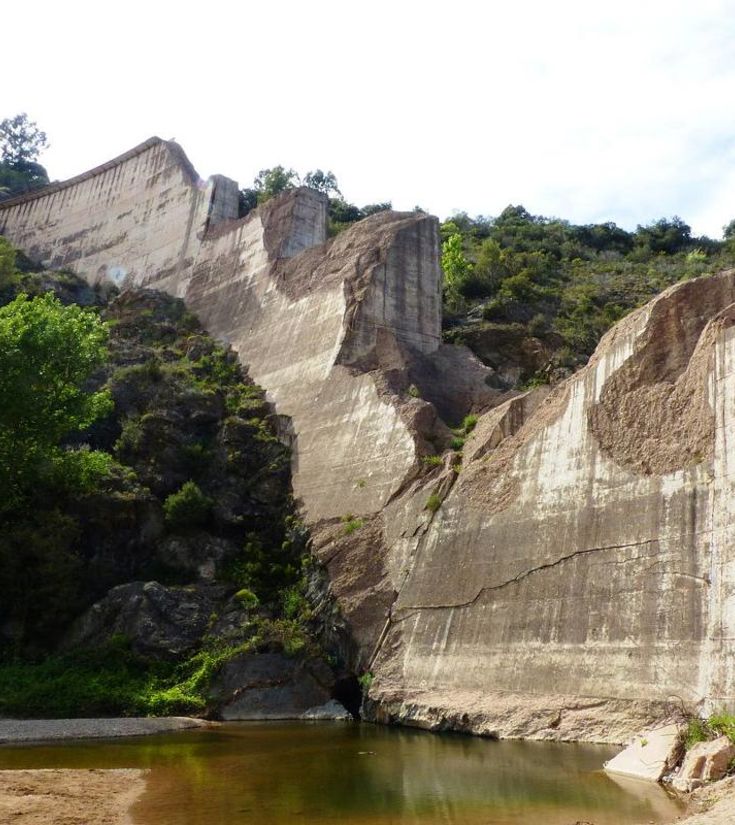 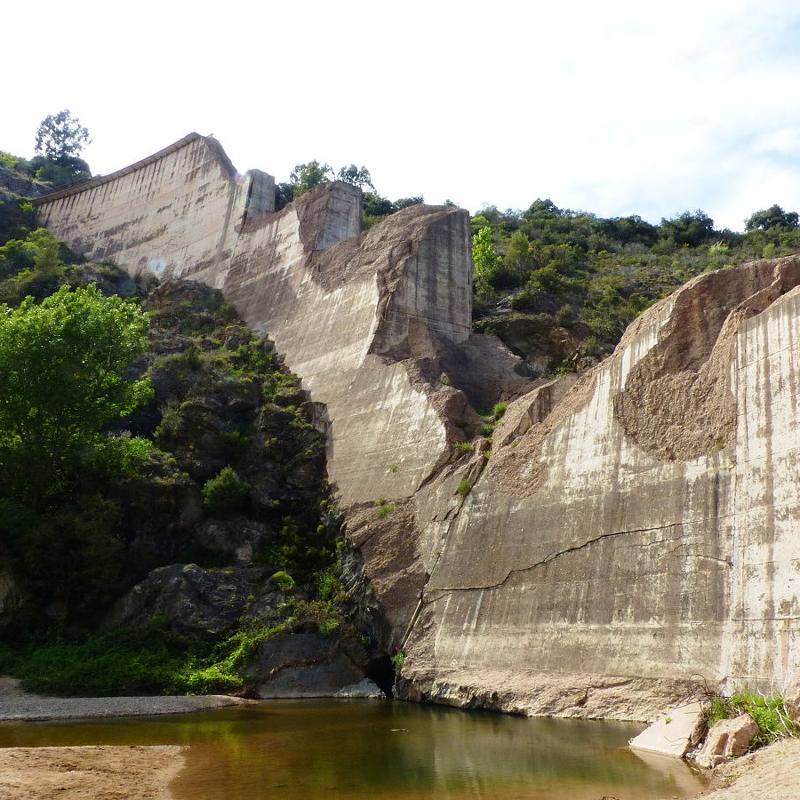 Witness to a disaster unprecedented in France in 1959, the Malpasset site shelters the remains of the dam whose failure caused a wave of more than 40 m to break. The event was extremely deadly: the water, in its path, drowned the Malpasset valley to the sea through Fréjus, causing 423 deaths and disappearances in its path.

With free access, the Malpasset dam site in Fréjus is both a place of meditation and a place with a unique setting that makes it possible to measure the contrast between the vertiginous size of the structure and its derisory fragility in the face of the elements. The path leading to the dam is dotted with impressive reinforced concrete blocks scattered throughout the Reyran riverbed: these blocks of several tonnes, deposited by the force of the water several hundred metres downstream of the dam, bear witness to the violence of the disaster.

Visit of the remains of Malpasset

Several routes allow you to walk to the Fréjus dam, during a pleasant family walk or a more physical hike. The paths that start from the car park under the highway bridge allow you to access either the bottom of the dam or the top of the structure. A route of less than 1 km, sometimes with an accident, leads you to the bottom of the dam. The path leading over the Malpasset dam is less rugged. The Malpasset dam loop is a hiking trail of less than 5 km which consists, from the car park, of reaching the bottom of the dam and then continuing to the belvedere overlooking it. A shortcut also allows you to quickly descend from the belvedere at the foot of the building: a steep path is laid out between two large shaded blocks of eucalyptus trees. You are then upstream of the dam and can pass the blocks to find the path leading to the bridge parking lot. Depending on the time of year and the weather, the Reyran river can be more or less high: if it is almost dry at certain times, it can also be dangerous after heavy rains.

From May to September, guided tours of the Malpasset dam site in Fréjus are organised every Tuesday morning. The opportunity to learn more about the specificities of the arch dam and its construction, as well as the course of the 1959 disaster. A walk that combines scientific and historical interest, humility and meditation, and the sweetness of a morning walk in the Esterel massif. Appointments for guided tours of the dam are generally made in front of the Fréjus tourist office. It is then necessary to plan to drive to the site.