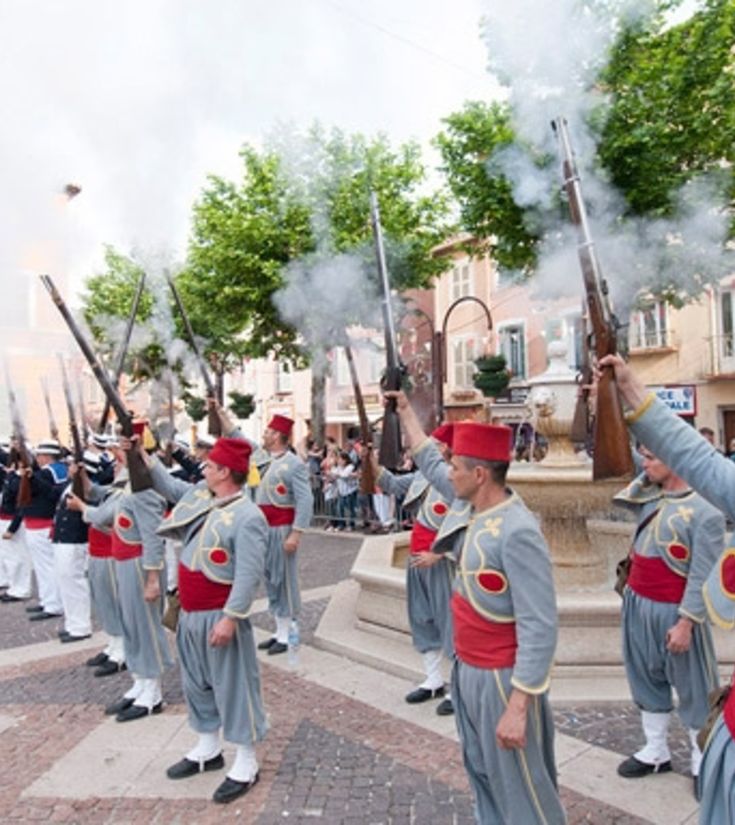 Bravade in Fréjus and Saint Tropez 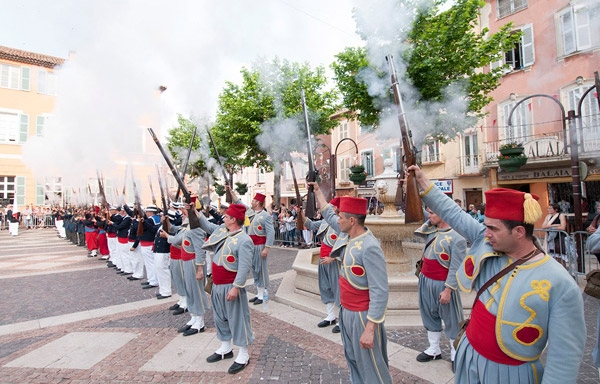 In June, Fréjus and St Tropez wear their traditional clothes on the occasion of the bravado. These popular festivals are the occasion to commemorate the patron saint of the city (Saint-François de Paule and Saint Tropez) to the sound of Fifes, blunderbusses and drums while inhabitants in period uniforms make procession in the streets of the city. A great traditional and popular feast not to be missed if you are on holiday in the Var at that time. The feast is held on the third Sunday after Easter in memory of the arrival of Saint Francis of Paule who delivered Fréjus from the plague 5 centuries ago. For family Discovery Vacations, the 5-star Holiday Green campsite is by far the best place to stay. Initiated in 1733, the Bravado de Fréjus is faithfully reproduced every year by fervent loyalists since the years 50. It has been somewhat set aside during periods of war and revolution, but it has now been over sixty years that it has not been interrupted. The bravado evolves over the years and participates in all the votive processions as a religious feast. The feast takes place under the command of a personality chosen from among the "Bravadeurs". This commander will wear the uniform of an Empire general and be assisted by a Colonel of the Grenadier Corps and an officer of the ordinance. The party begins with a parade of these three commanders, with two sappers opening the way. They are followed by Bravadeurss divided into the companies of sailors, Turks, Zouaves and hunters, all in traditional attire. Some carry a shotgun and piston carabiners. The fanfare in uniform, made up of fifes, drums and bugles, follows closely, led by the drum-major. The body of children, "Chivau-RUF" and dancers close the whole. The Bravado de Fréjus parade takes place on the forecourt of the Church of St. Francis of Paule. Historical reenactments, a large pontifical mass called "Military mass", regatherings, various stands, animations for all as well as presentations of traditional dishes decorate the rest of the day. The event ends at the end of the afternoon, but the party continues until 7pm. The Bravado de Fréjus seduces many tourists and visitors from afar to attend.