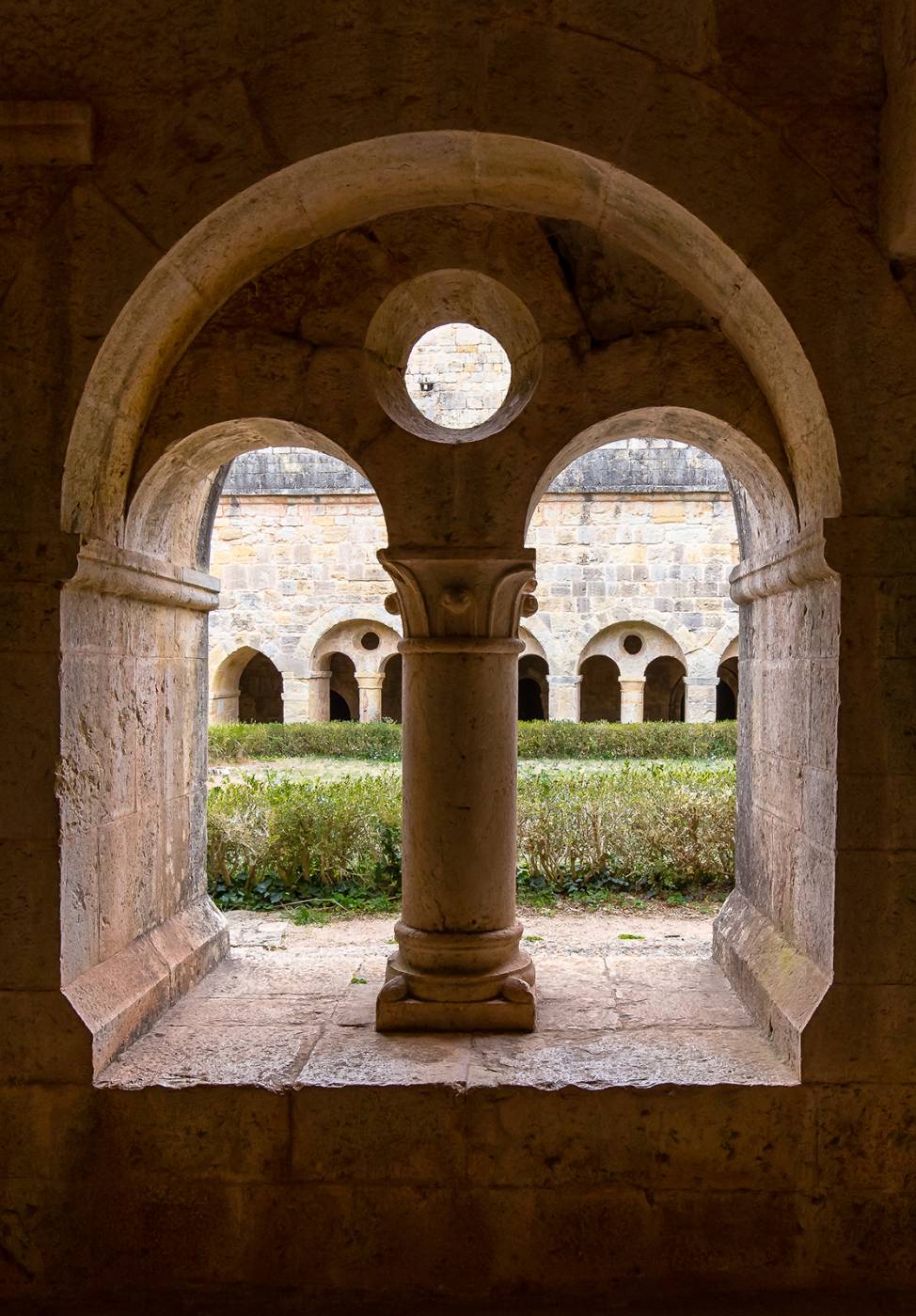 The Thoronet abbey is the oldest Cistercian abbey of the Provence.

By discovering this imposing religious building which has deeply inspired many more contemporary architectures, you will understand why it is the most visited site of the Var. The Holiday Green ***** campsite is located less than 40 minutes east of the abbey and is the best starting point for exploring the Var. Nestled among the oaks and isolated from the world to respect the rules of the Cistercian order, this abbey, the oldest of all the Cistercian abbeys of Provence, offers a moment of serenity, far from earthly concerns. We fall in love with the pure lines of the blond stone of his church or cloister, built in the 12th century. The abbey of Thoronet is the oldest of the Cistercian abbeys Sénanque and Silvacane in Provence. Its history dates back to 1146, when monks from Tourtour in search of a water point discovered the site. They considered it perfect to put into practice a strict rule of life in a state of humility, poverty and balance between work and prayer imposed on them by the Cîteaux order. The construction of the Abbey began in 1160 and ended in 1230, with a community of twenty monks who live from the culture of the vineyard and the olive tree. The latter were delighted to find all around the field all the necessary to meet their daily needs: a generous forest, water in abundance and a fertile land. In the fourteenth century, during the Revolution, the monks were hunted and left the abbey abandoned. Unoccupied for a century, the building was sold as a national asset. The sale was concluded at 132,700 francs in 1791, but later the abbey was abandoned again. It became state property in 1854 thanks to the intervention of Prosper Mérimée, a famous French writer, historian and archaeologist. Restoration work has allowed him to escape a certain ruin. Since then, it has been the subject of numerous consolidation works. In 1840, the title of historical monument was attributed to him. Although some parts of the abbey, including the kitchen, refectory and scriptorium, have disappeared, other buildings have remained completely intact. This is the case of the church, the cloister, the dormitory, the cellar and the chapter house. The cross-shaped church has a nave famous for its incredible echo offering exceptional acoustics. The sound, especially the human voice, is transmitted on both sides of the room without any loss, so that the Gregorian chant resonates perfectly. Even today, the Thoronet Abbey fascinates both by its perfectly arranged stone architecture, by its harmonious proportions, its trapezoidal cloisters, or its configuration favoring communication between buildings and various rooms.