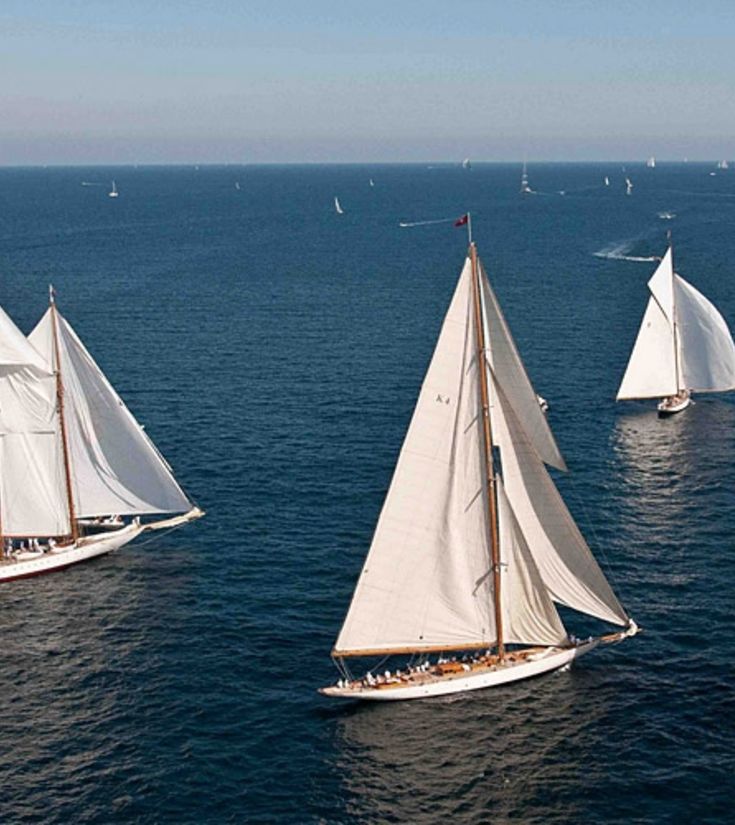 In September, hundreds of sailing boats will sail to Saint Tropez for its regatta.

If the dates of this major event coincide with the dates of your stay at the Holiday Green campsite, this is the rendezvous not to be missed. Moreover, a large number of sailors book in this prestigious campsite specifically for the occasion. The very chic resort Saint Tropez is about 54 km south-west of the campsite. By taking the A8 and D25 roads, you will reach it in one hour by car from Holiday Green. The sails of St Tropez is a regatta held in the famous port of St Tropez, for 10 days, straddling the end of September and beginning of October. The last edition brought together no less than 4000 sailors in a festive and sporting atmosphere. Its very first edition was realized in 1981 under the name of "Club 55 Cup" with two sailboats: Pride and Ikra. In 1995, an incident occurred: two competitors clashed. Three years after this incident, the race was eclipsed. But after that, she was organized along the Gulf of Saint Tropez without interruption until today under her current name. Les Voiles de Saint Tropez today brings together more than 300 sailboats under the patronage of the Yatcht Club de France. The principles of the event are based on sportsmanship, conviviality and festivity. Experienced or non-experienced sailors are invited to take part and choose from the various courses offered according to their level. This is an opportunity to (re) discover the city with a different atmosphere while enjoying the superb spectacle of sailboats defying the waves. This regatta is one of the most popular in the world and aims to bring together the different classes of yachts Modern and Tradition and the out of categories. The Moderns take departure outside the Gulf and the Traditions inside. Arrivals are usually in front of the Portalet Tower to offer an exceptional exhibition of sailboats from around the world to thousands of spectators. During the few days of competition, many challenges are given to the navigators and various animations animate the event. Many awards are given to the most deserving. On the mainland, while the sailors sail on the waves, place the music and other cultural events highlighting the Provencal heritage in parallel with the Voiles de Saint Tropez.